Nikos Stavlas is a London-based pianist, chamber musician and musicologist.

As a soloist, Nikos has a wide range of repertoire: some of his areas of expertise are the music of Beethoven, which was part of his doctoral research, Russian and Central European music of the 20th century, and Spanish and Latin American repertoire. 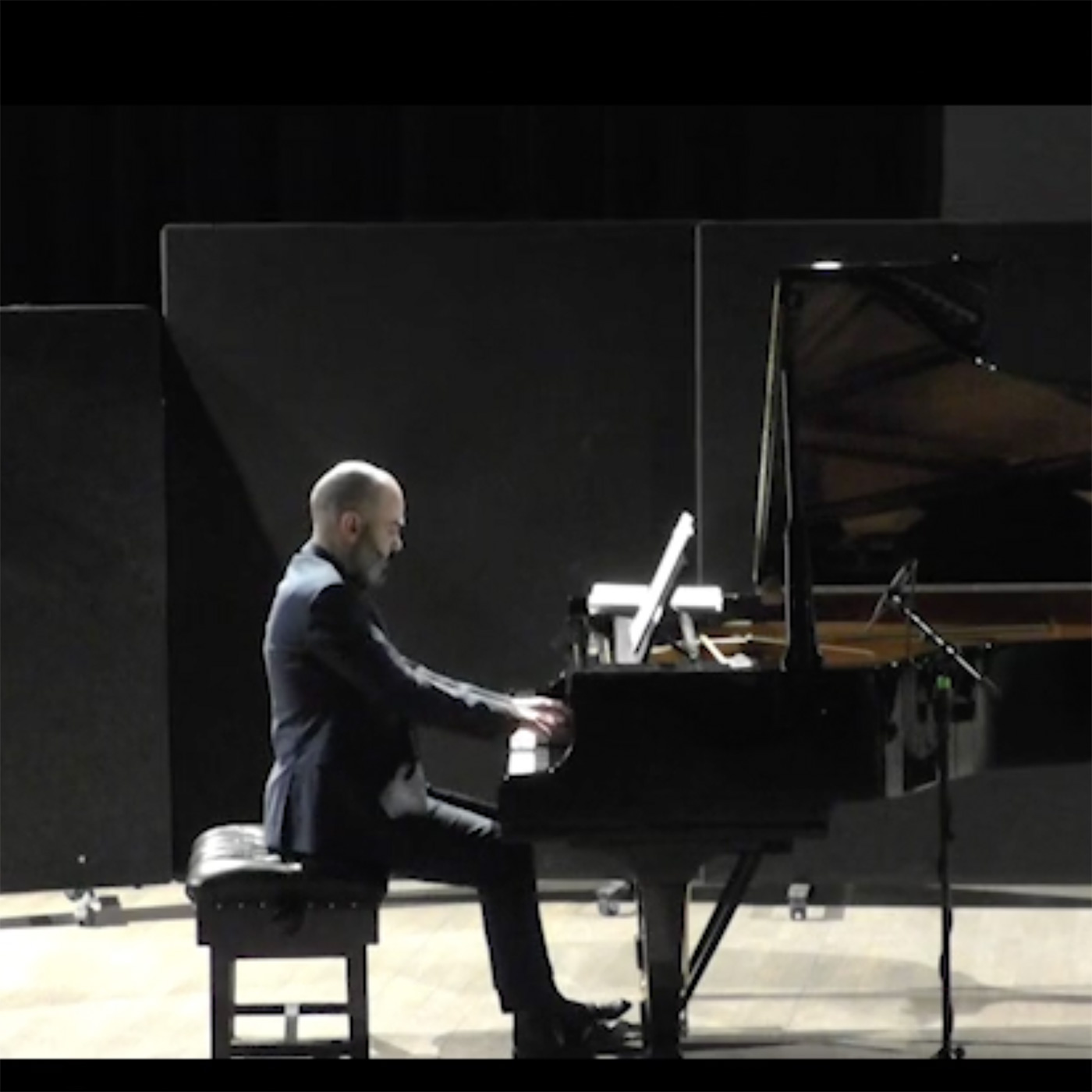 Frederic Mompou, Variation on a theme of Chopin 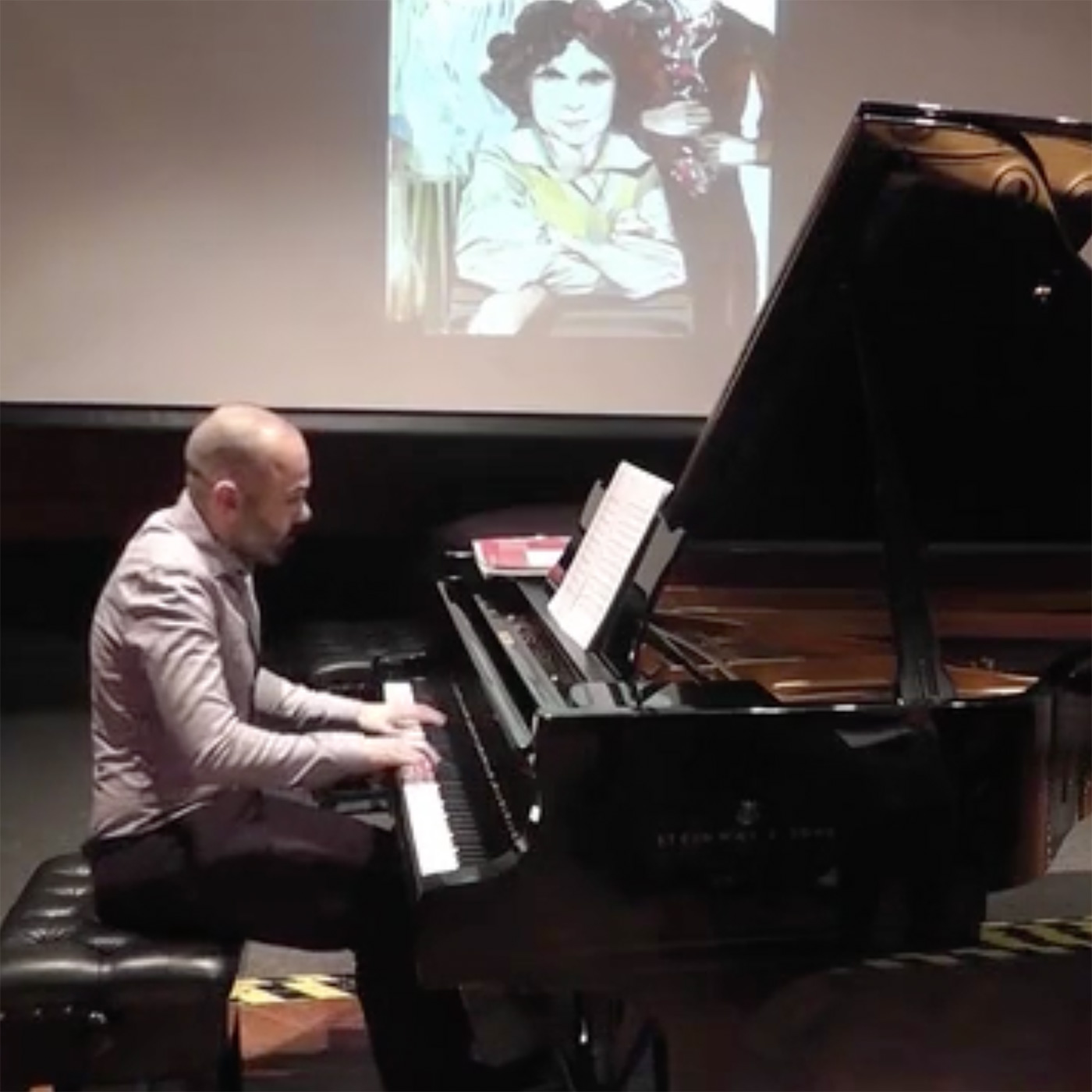 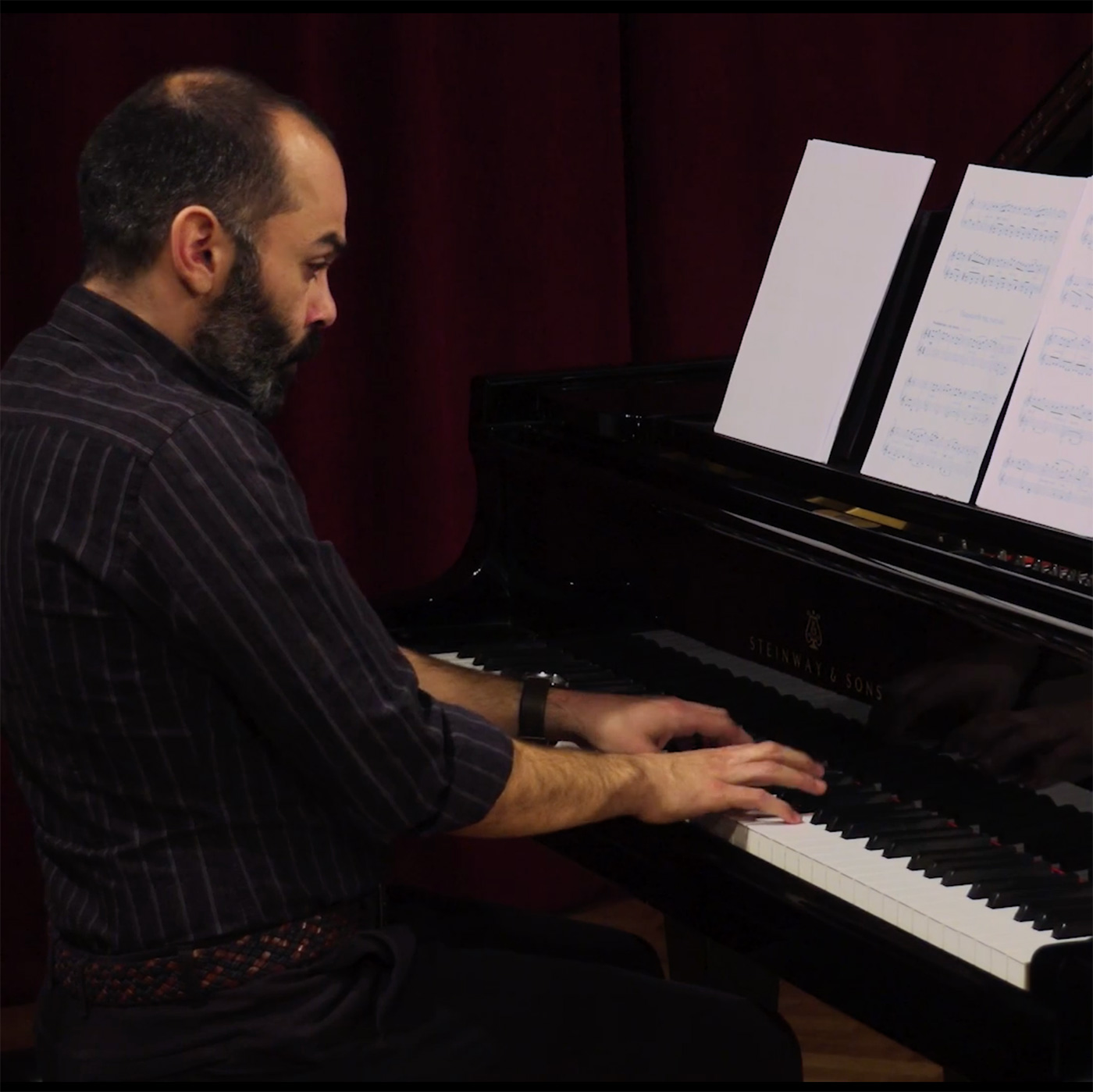 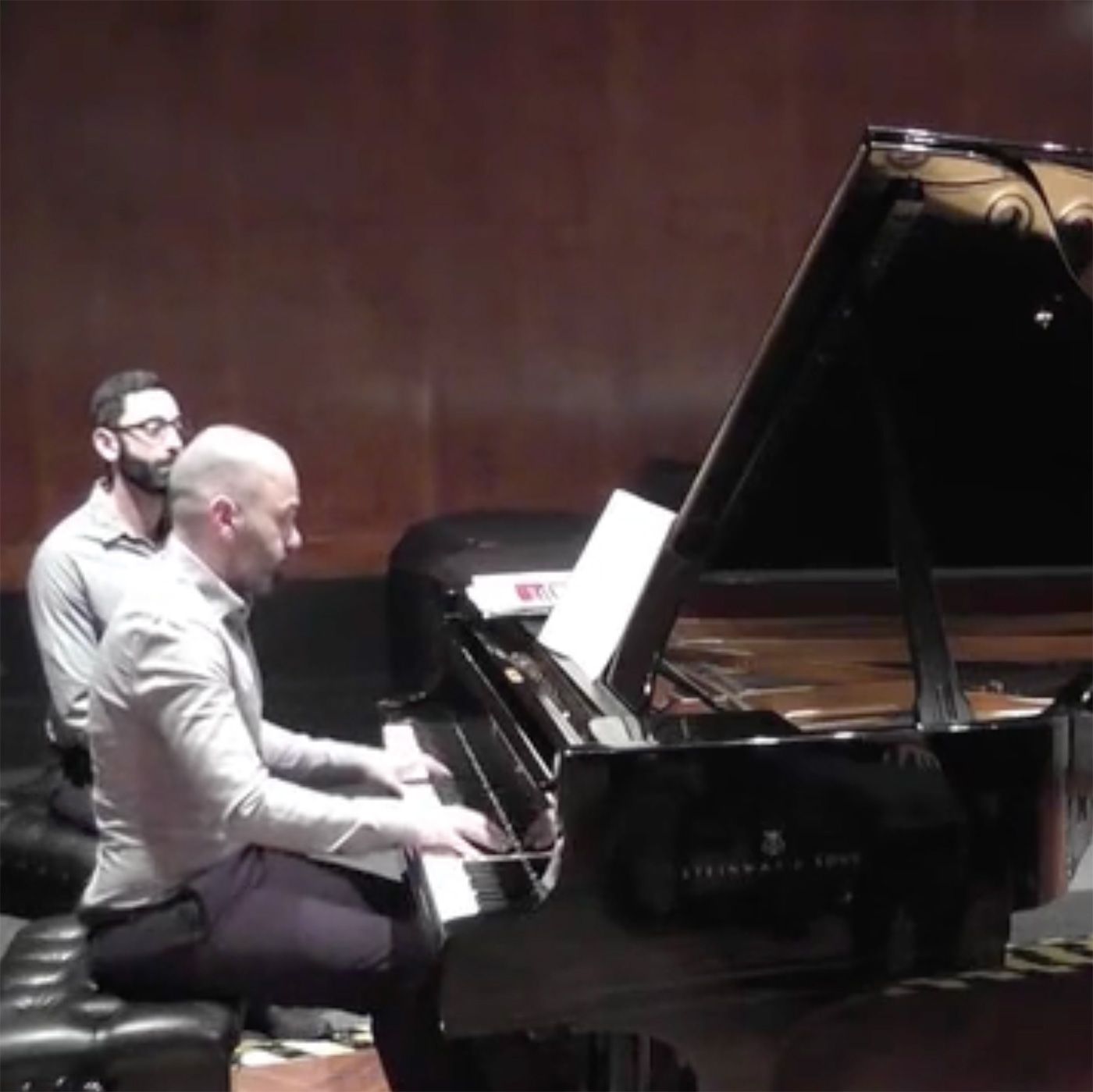 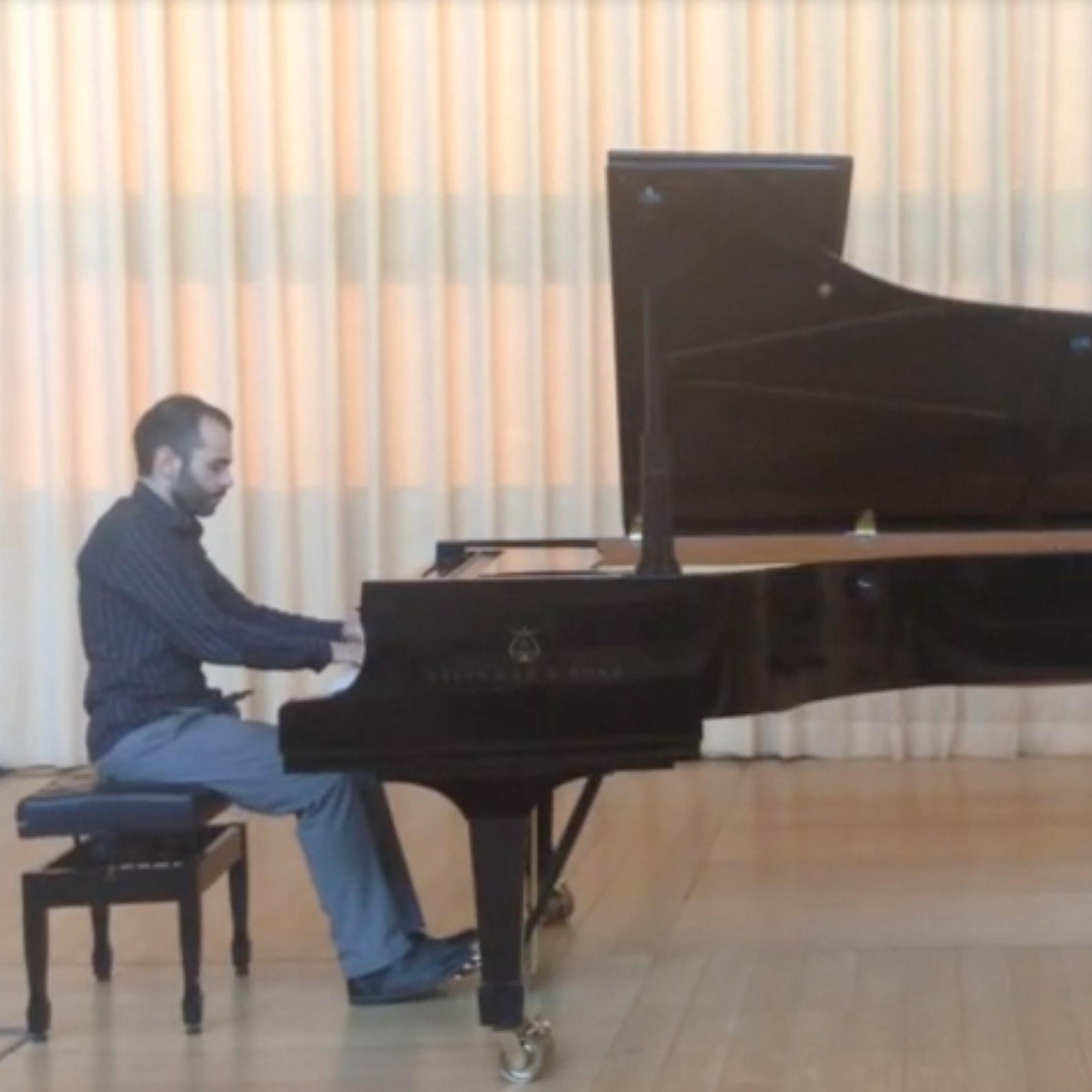 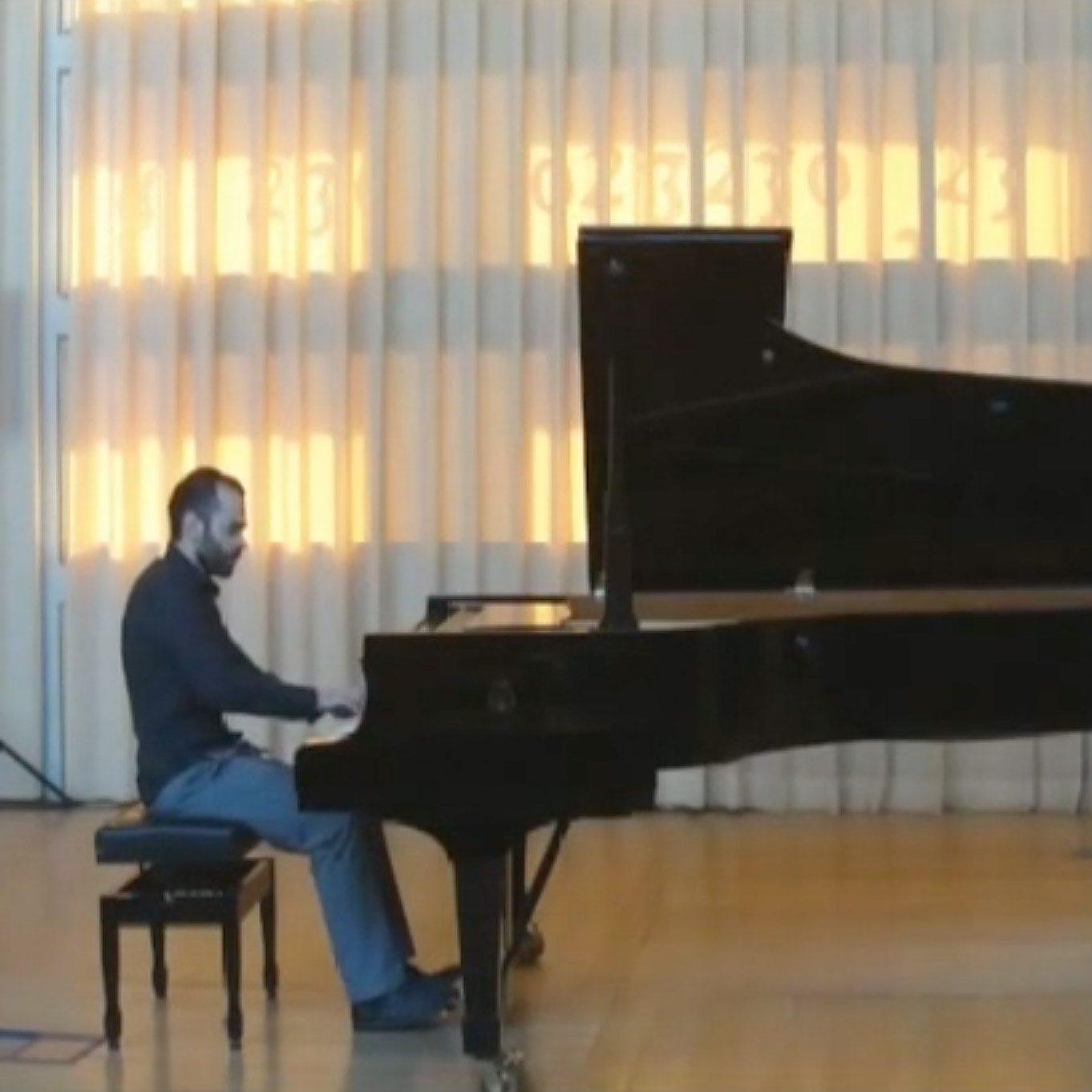 Nikos plays in various ensembles: he is member of the Zalas Trio, the Vladimir & Estragon piano duo, and the contemporary music ensemble Oiseaux Bizarres. He also performs regularly with the soprano Patricia Caicedo, promoting Spanish and Latin American art song through the Barcelona Festival of Song, as well as the violinist Saya Ikenoya and the cellist Matthew Strover. He often accompanies exams and recitals at the Royal College of Music and elsewhere, as well as the Royal Opera House Thurrock Community Chorus. 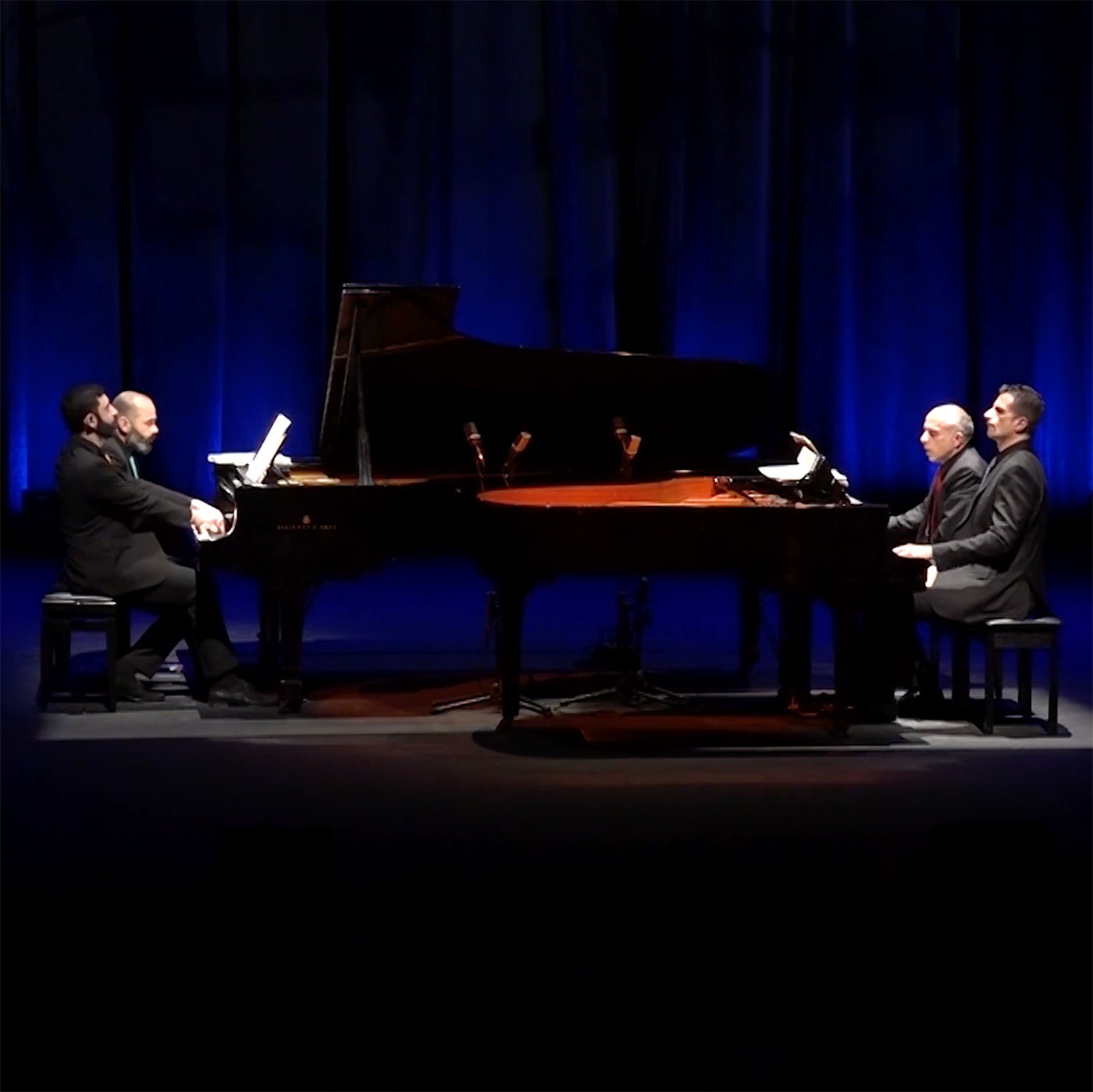 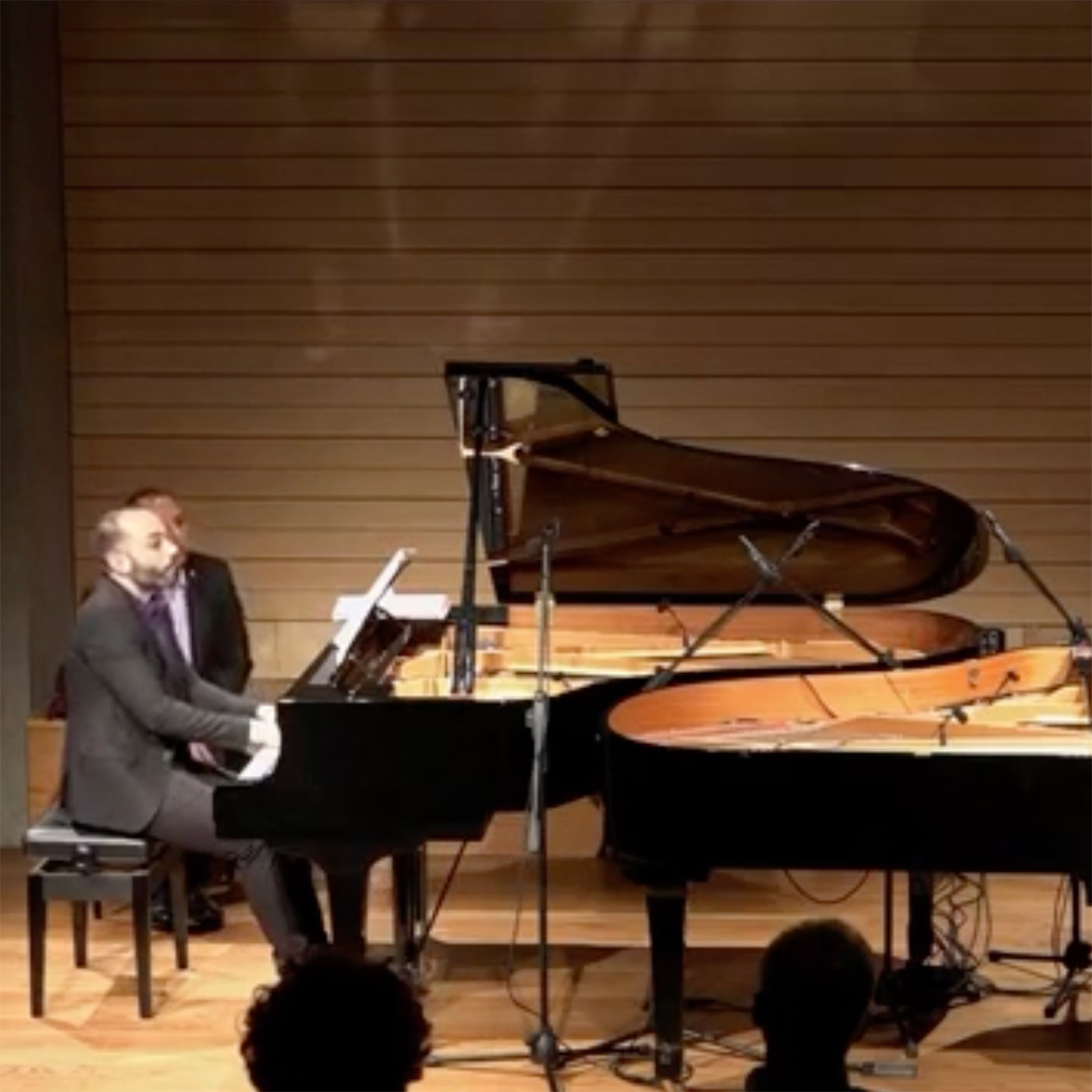 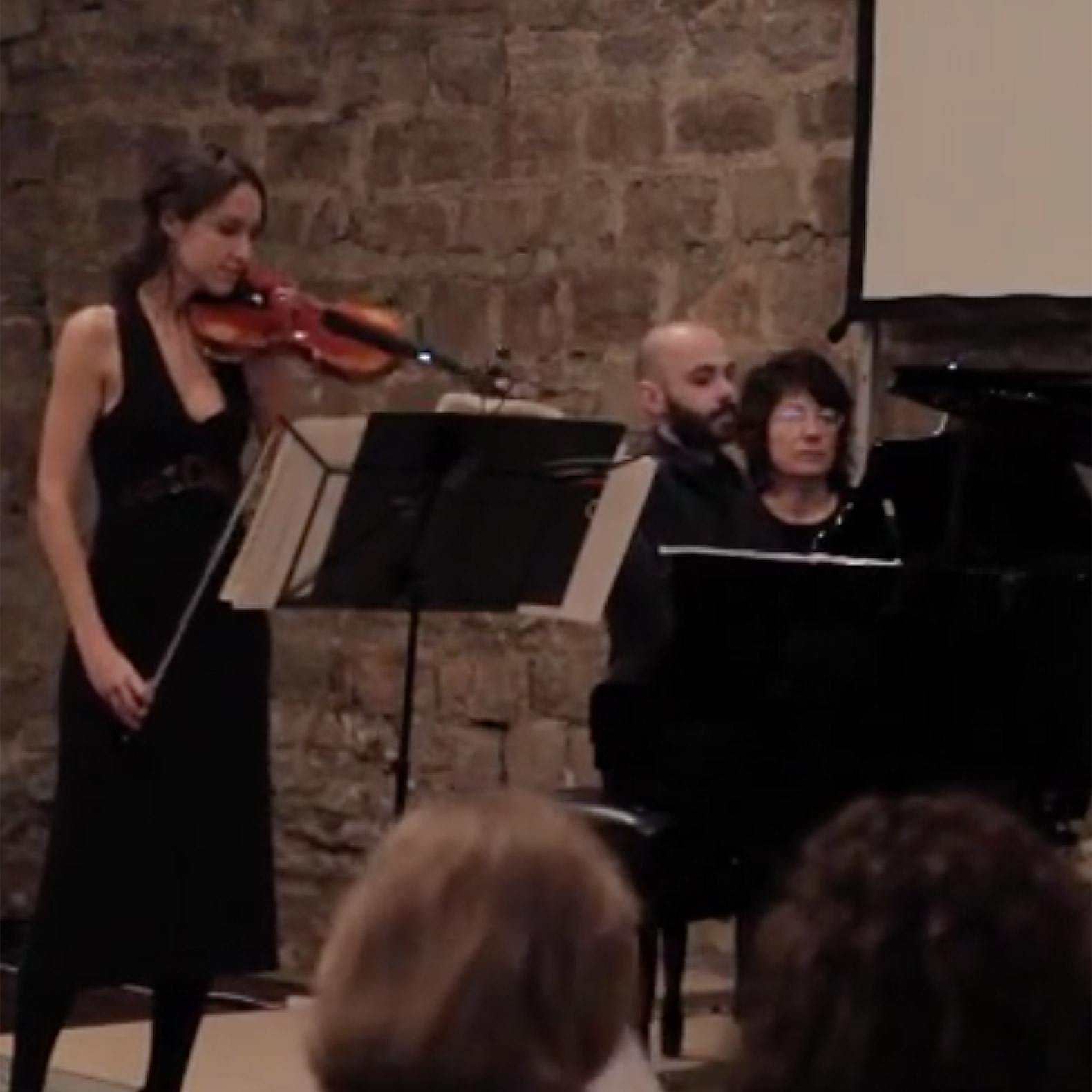 Gaspar Cassado, Sonata for Violin and Piano, with Carlota Amargós 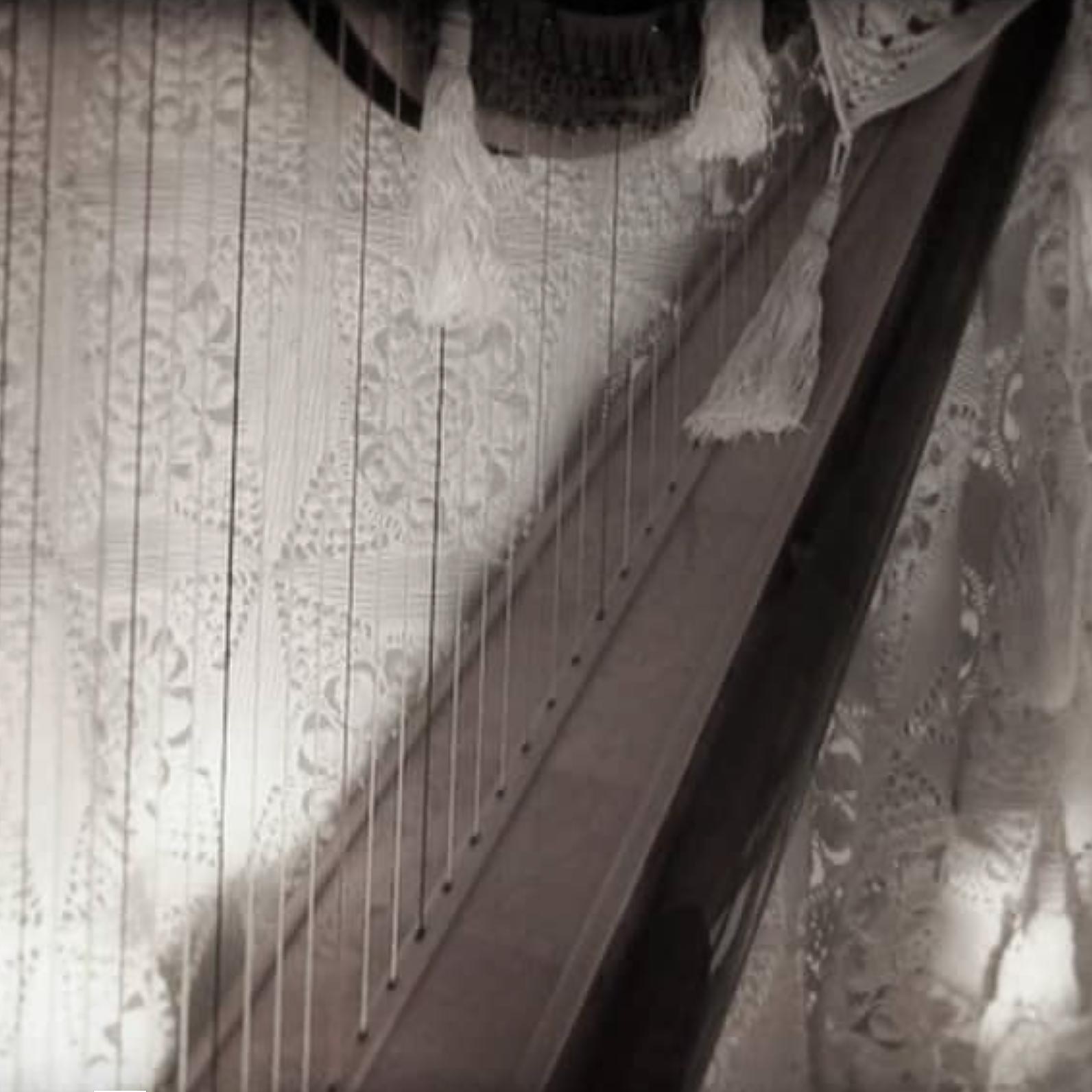 As a musicologist, Nikos has focused on the use of quotation and the incorporation of tradition in the works of Alfred Schnittke and Mauricio Kagel, the application of deconstruction in music, postmodernism, and the distinction between the roles of the composer and the performer in indeterminate music. His doctoral thesis was on Mauricio Kagel's Ludwig van, a film and musical composition on Beethoven. The composition is actually a DIY collage of the music of Beethoven, which Kagel invites the performers to undertake in their own way. In his version, extracts of which can be seen in the video below, Nikos created a collage of Beethoven's letters alongside that of his music and devised a quasi-surrealistic musical theatre performance that reflects on the myth surrounding Beethoven's figure. 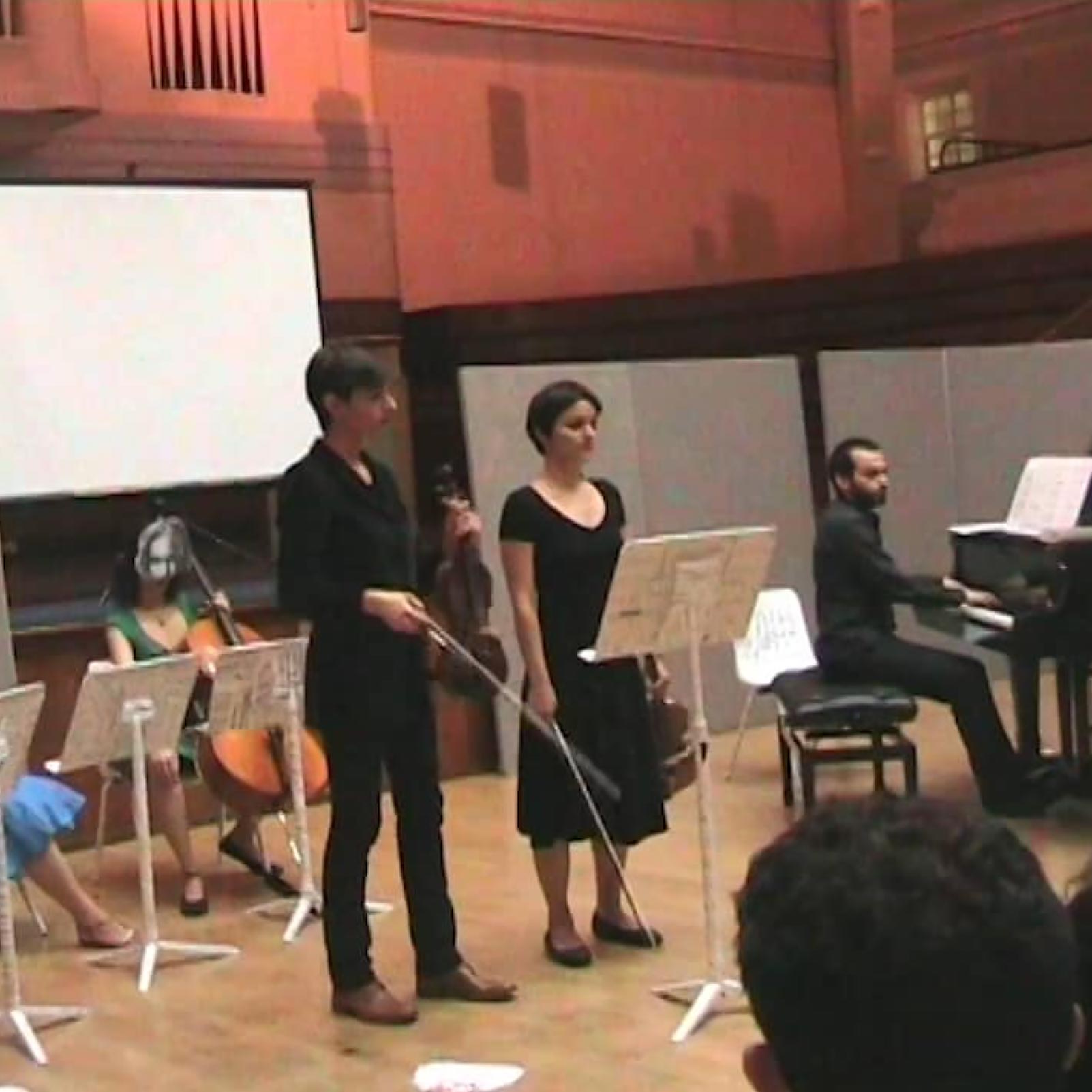 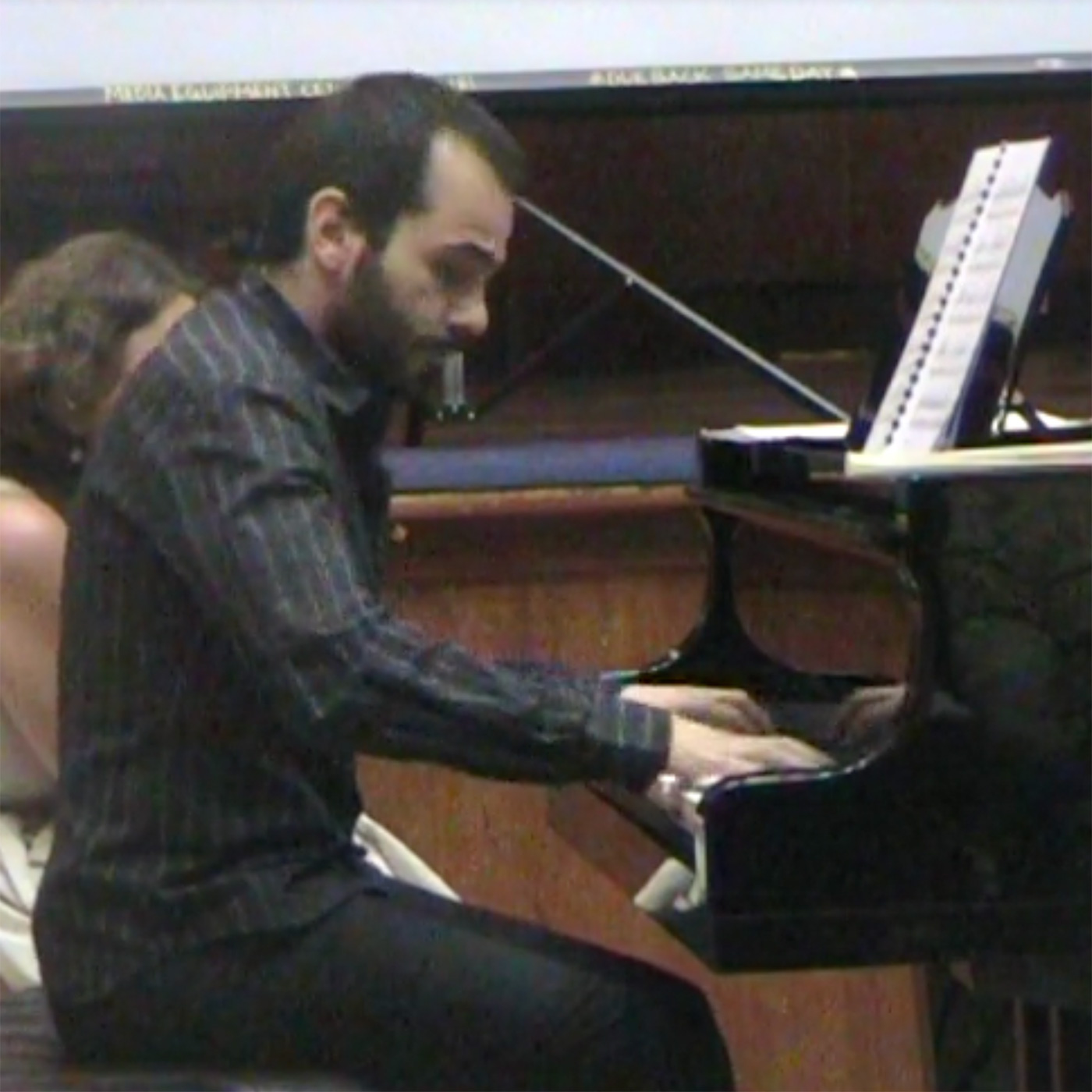 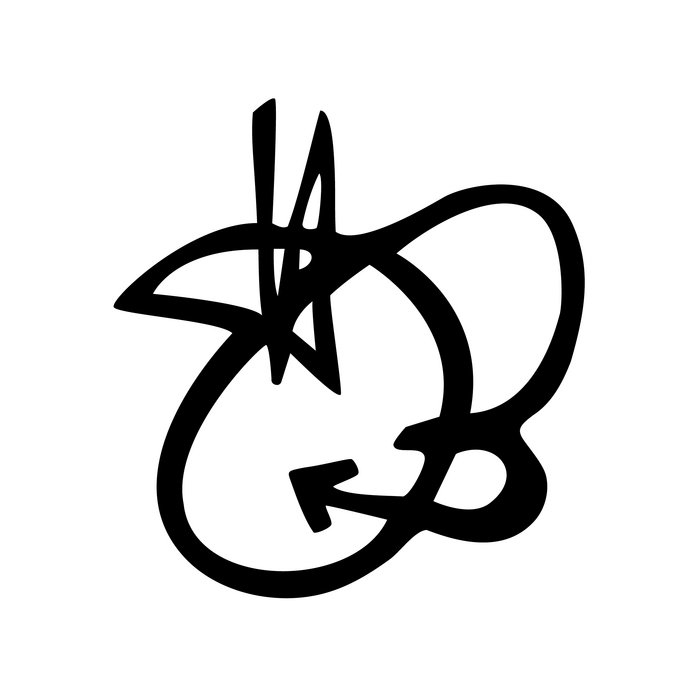 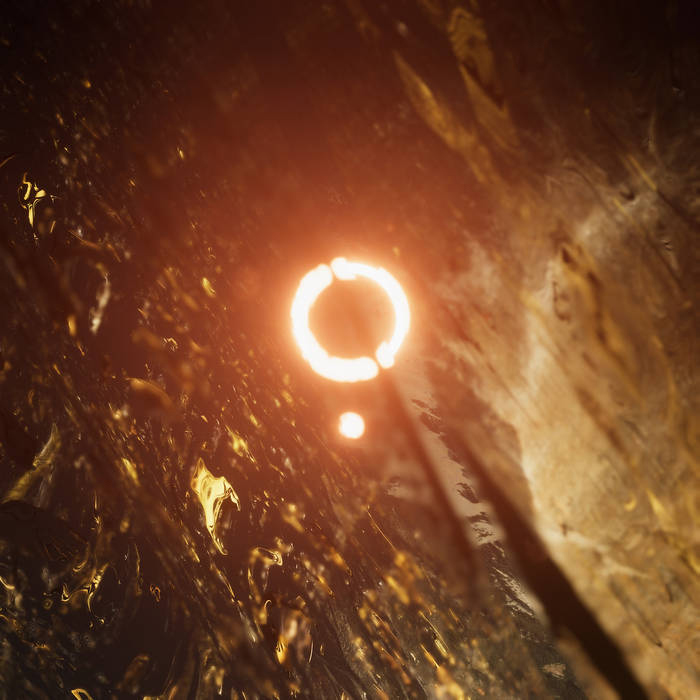 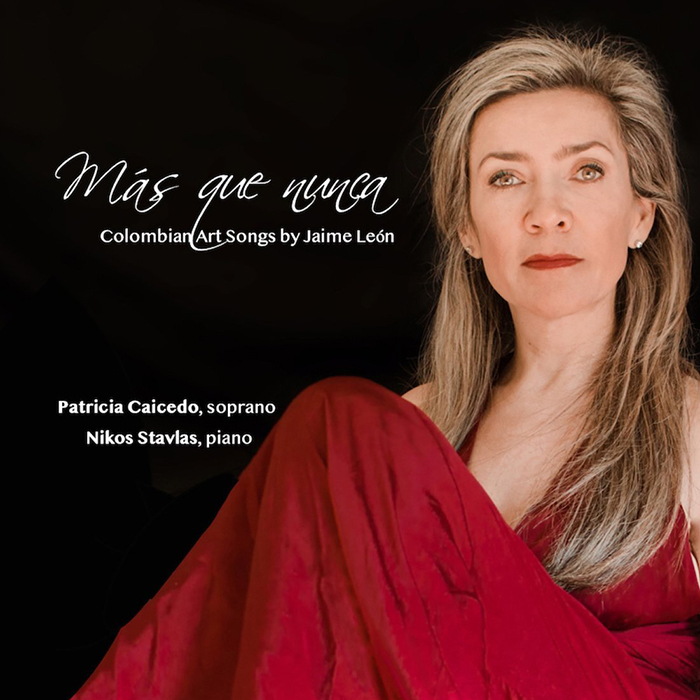 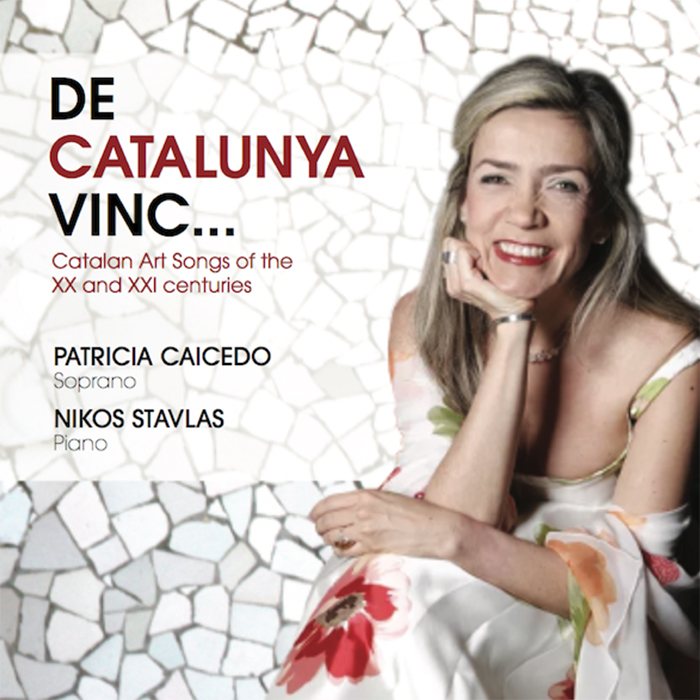 Greek pianist Nikos Stavlas studied at the Music School of his hometown, Serres (Elina Grammatopoulou), at the National Conservatory of Thessaloniki (Igor Petrin, Diploma and First Prize, 2003), at the University of Macedonia, Thessaloniki (Vinia Tsopela, BMus with distinction, 2005) and at the Royal College of Music (Yonty Solomon and Kathron Sturrock, Masters Degree with distinction, 2007), financially supported both by the Greek State Scholarship Foundation and by the RCM itself. He holds a PhD from Goldsmiths, University of London (Andrew Zolinsky and Keith Potter) on Ludwig van, a film and a musical composition dedicated to Beethoven by the Argentinian composer Mauricio Kagel.

He has appeared several times as a soloist with orchestras in Greece, Albania and the United Kingdom, and has given solo and chamber music recitals in Greece, Albania, Italy, Spain, Belgium, United Kingdom and the USA. He has also recorded live for BBC radio 3 and Catalunya música. He is a member of the Zalas Trio, with which he has performed in various venues in the UK and abroad, most importantly the Southbank centre and the Wigmore Hall in London and the Cadaqués international music festival and Gaudi's La Pedrera in Spain. He also performs with the Vladimir&Estragon Piano Duo and the experimental contemporary ensemble Oiseaux Bizarres, and explores rarely played repertoire with violinists Saaya Ikenoya and Sophia Baltatzi. He has recorded two CDs of Catalan and Latin American art song with soprano Patricia Caicedo.

Nikos currently teaches at Morley College and City Lit in London, where he leads weekly masterclasses for advanced pianists. He is in high demand as accompanist for institutions such as the Royal College of Music and the Royal Opera House, and since 2014 he is the principal accompanist of the Barcelona Festival of Song.

Emma Cons Hall, Morley College
Performance with the Morley Chamber Orchestra
Fantasia on a theme by Handel, by Michael Tippett